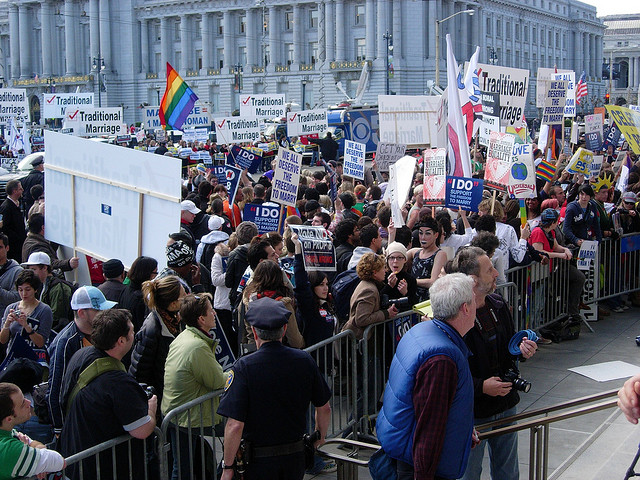 The latest supreme court rulings, though not about divorce, will have an effect on how states deal with divorce. So for your information, here is a summary of the rulings and the possible effects they may take in the near future.

In June 2013 the Supreme Court ruled that the Defense of Marriage Act, defining marriage as between one man and one woman, was unconstitutional. This means that the federal government will recognize same-sex marriages given in the states that allow same-sex marriages. The results are varied.

1. Federal Benefits: Same-sex married couples will be given all benefits as opposite-sex couples.

2. Visas: Non-citizen persons will now be given visas for marrying their same-sex partner.

3. Military: Same-sex spouses of military personel will be recognized.

In June 2012 the Supreme Court vacated the 9th circuit ruling on prop. 8 and effectively reinstated the lower court’s decision invalidating prop. 8. This means that same-sex marriage is legal in California. The immediate effect was a rush to get married all over California. But speculators think the results will be long lasting. Not only is same-sex marriage in California to stay, but according to this article, the ruling will cause more and more states to adopt similar stances on marriage.

Despite the push-back from conservative groups, the federal government now recognizes same-sex marriage. As far as divorce goes, this means that same-sex couples, married, will face the same obstacles as oposite-sex couples in getting said divorce. See our section on civil unions to understand the distinction between civil unions and same-sex marriage and how divorce is different.