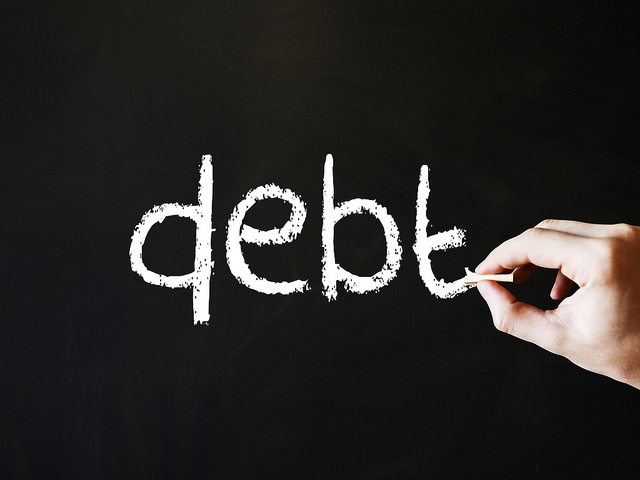 Distribution of property is all well and fine, you may be thinking, but what about when “property” means a pile of debts? Unfortunately, just because neither party in the divorce is fighting for that particular bundle of property doesn’t mean the court won’t “distribute” it in the divorce decree.

If both spouses signed onto any debts while they were married, they will continue to both be liable for those debts after their divorce. If they didn’t co-sign for the debt, liability will likely depend on the jurisdiction’s specific laws and, potentially, the nature of the debt. Some jurisdictions may be more likely to split debts incurred by one spouse between of them if the debts were “for the family,” such as food or medical bills.

While debts don’t magically disappear when a couple divorces, there is some good news for those who married someone who was already deeply in debt: In most cases, a spouse is not responsible for the other spouse’s premarital debts. So if you married Joe along with his $150,000 of gambling debt from before he joined Gamblers Anonymous and turned his life around, he can take that property right on with him. Or if you’re still paying off Stacy’s student loans for the basket weaving degree she gave up on when she met you — yeah, she’ll be the sole owner of that from now on. (One caveat: Although the premarital-debts-go-with-the-spouse-who-incurred-them rule is pretty straightforward in equitable distribution states, community property states have some exceptions. If you live in one of the 10 community property states, you’ll need to check the particular state’s laws.)